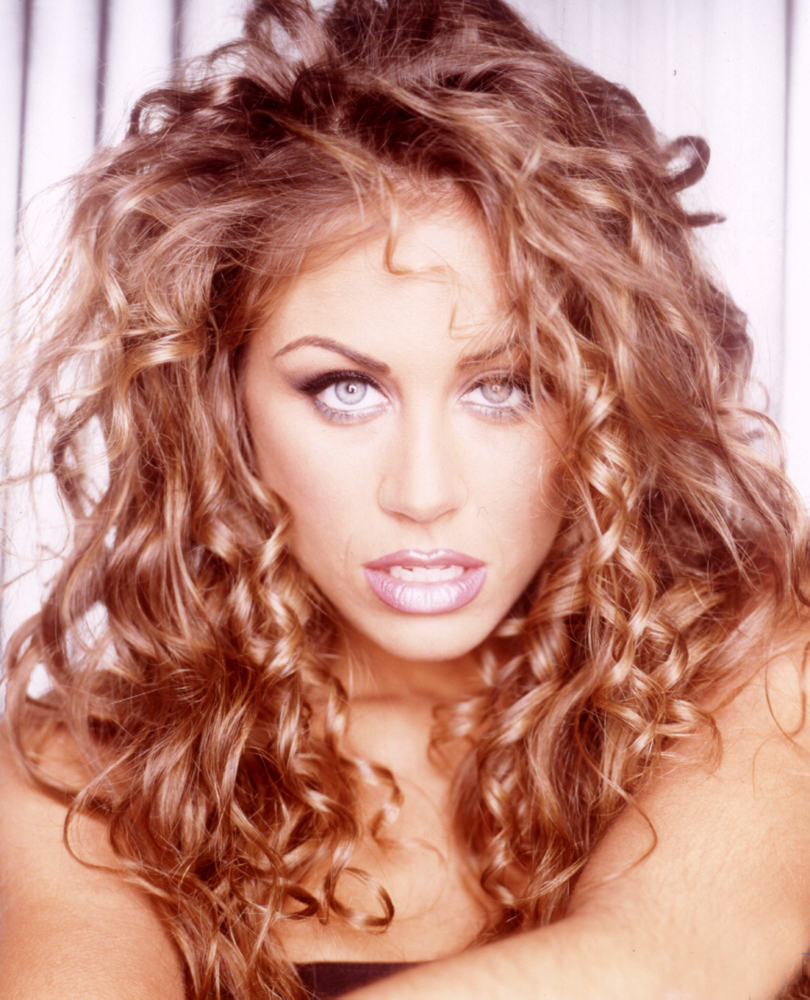 Chasey Lain was born Tiffany Anne Jones on December 7, 1971, in Newport, North Carolina. Chasey grew up in Cocoa Beach, Florida on December 7th, 1971 (not 1965 like commonly reported) and is barely 5 feet tall and weighs about 100 pounds with a tiny 23-inch waist and an amazing 36D breasts.  It is commonly reported that Chasey is much taller than she actually is so when asked Chasey said “Yes I am shorter than people report but with my heels on I am about 5 foot 6, so that is probably where they are getting it from.

Chasey had been making movies since 1994 and started by working for Wicked Pictures.  Her first film, “The Original Wicked Woman” may be the first before and after boob job film — she got hers done during shooting — which adds a very interesting touch to the film itself.   Later that next year she moved over to Vivid Video.

Years later Chasey was asked why she so quickly jumped ship from Wicked to Vivid and she said “It’s not that Wicked treated me bad.  It was nothing like that at all.  Back then Wicked didn’t do contracts and Vivid offered me one.  There was no way to know what my future was going to be like with Wicked when they weren’t willing to commit to anything and Vivid was.  And well, Vivid is the class act of porn.  No other company commits the money and effort that Vivid does to further a star’s career.  When the opportunity arose for me to get a contract with Vivid, how could I say no?”

Her first movie for Vivid was “White Wedding“, which is a quirky little movie about Chasey trying to decide who she is going to be with, her fiance, the best man, or the maid of honor.  In the end, she does them all!  Why decide when you don’t have to? 🙂

Chasey has a very fascinating family history, that most people aren’t aware of. Her uncle serves as chief of police and her mother’s father was some big grand poobah with the Masons. She also said that her grandmother was an Eastern Star and that she was raised in the Masonic Lodge. But even more interesting is that Chasey Lain’s great, great grandfather is Henry Clay. Henry Clay (April 12, 1777 – June 29, 1852) was a leading American statesman and orator who represented Kentucky in both the House of Representatives and Senate. He was the founder and leader of the Whig Party and a leading advocate of programs for modernizing the economy (such as factories, canals, railroads, and banks) and a Senate committee chaired by John F. Kennedy named Clay as one of the five greatest Senators in American history.